Have you ever driven around your city and seen all these apartment complexes, shopping plazas, or even office buildings? I always used to think they were all owned by rich billionaires.

…some of them are, but not all.

The reality is that a lot of these large properties are actually owned by regular people like you and me to generate passive income.

The answer: with real estate syndication.

It’s what I used to recently close a 192 unit deal in San Antonio with my partners.

But what exactly is real estate syndication?

Syndication is a way which multiple real estate investors pool their funds together in order to purchase a property that is more expensive than any of them could have afforded on their own. Generally, there are two types of partners in these deals: 1) General Partners (GPs) who accept additional risk, put the deal together, and operate the asset 2) Limited Partners (LPs) who have limited risk and invest more passively.

Real Estate Syndications are an effective way to spread risk. Since each investor can allocate a smaller sum to each deal, they can effectively spread their risk across multiple property types and diversify by geographic region.

Syndications in real estate are amazingly diverse in their structure so it’s impossible to cover everything. In general, there are four components:

Let’s break it down further…

What is a Preferred Return in a Real Estate Syndicate?

Mark, an investor and real estate coach who owns over 2,000 doors in Tennessee, Georgia, and Texas, says that he doesn’t like to use a preferred return but has in the past on deals that didn’t expect any distributions for 12 or 18 months. The preferred return would accrue and give incentive for people to invest in the deal.

Andrew Campbell, the co-founder of Wildhorn Capital, a multifamily operator based in Austin, Texas has a different opinion. He said he likes to have an 8% preferred return for the majority of his 450 door portfolio. It “gives some certainty to investors about their overall returns. Plus, 8% also happens to beat the historical stock market return of 7%.”

What is a Waterfall in a Real Estate Syndication?

The waterfall refers to the overall distribution of funds and tiers that were mentioned above, but it is often referred to as how profits are split after the preferred return is met. Andrew Campbell explains it perfectly:

Some deals and sponsors will have additional “waterfalls” where at 18% IRR (for example) the split would go to 50/50. The general idea is that the higher the returns are to investors, the more the sponsors make, and everyone is happy.

The downside of multiple waterfalls is that sponsors can sometimes be incentivized to return investor capital early (to boost the IRR) and trigger these waterfalls.That can sometimes put unnecessary risk on the asset if they are being to aggressive.

Kenny Wolfe, the founder of Wolfe Investments who has been involved in over $91m in real estate transactions doesn’t like the complexity of the waterfall structure many syndicators use.

We have steered clear of preferred returns mostly because those are usually accompanied with up-front fees charged to investors. Our investment structures are tied to the performance of the investment, and not just closing deals like the typical preferred return strategy.

If we make our investors money, then we’re rewarded. If we don’t then we aren’t rewarded.

I originally didn’t plan to dive into the fee structure at all, but since Kenny brought up some great points, I think I’ll dive into the fees and how some different structures affect the incentives and performance of deals.

The Fees When Syndicating Real Estate

There are a lot of different types of fees used in syndication. Some are more common than others but all have their pros/cons. Here are the most common ones

I’ve seen this anywhere from 0 to 5 points with 2 being the most common. Acquisition fees in a syndication are really common and most have them, but not all.

Syndicators are running a business and that has costs. Acquisition fees help pay for the operating costs, staff, flights, hotels, diligence, and other costs that are needed to run the business.

On the other hand, acquisition fees can be enormous on large deals and can drive some deal sponsors to be short-sighted and focus on closing deals rather than operating deals profitably.

Think about it, a $10m deal with 2 point acquisition fee is $200,000. That adds up fast! You can see how some sponsors will lose track of buying good deals and focus on just closing deals, regardless of how good they are.

This generally ranges from 1-3% of gross rent revenue. This may or may not go to the deal sponsor and it goes to cover the cost of managing the asset and management team that was hired.

Since the syndicator only gets paid when the asset is cash flowing, there isn’t much incentive to take on difficult projects. That’s where the construction fee comes in. If there is a major rehab project a fee can be imposed to compensate the project manager while the asset isn’t producing income.

It can vary but is often 1-2% of the construction cost.

There are a lot of competing interests in a deal and it’s difficult to align everyone 100% of the time – that’s why trust must be built with anyone that you’re investing with.

But, a few major points to consider are how all the fees and the preferred return and waterfall all fit together.

Deals with high preferred returns and high fees create incentives for the sponsor to find and close deals, but not a lot of incentive to maximize cash flow. As Andrew pointed out, deals with huge benefits to the sponsor at certain levels can cause them to sell early to bump the IRR artificially and trigger that waterfall distribution.

But, deals that compensate the sponsor more will create more incentive to produce high returns.

That’s why there are so many different ways to structure deals! Every sponsor and investor pool is different so they can create deals that work for everyone.

Similar to how Andrew structures deals, let’s say that in this deal there will be an 8% preferred return, 70/30 split thereafter, and have a 2 point acquisition fee and 2 point asset management fee.

Kenny, on the other hand, keeps it simple. He might charge an 80/20 split with no acquisition fee, no waterfall, and no preferred return. The asset management fee is 2% as well in this example.

Mark kind of does it a third way. He said he generally does the 80/20 split, but he does charge an acquisition fee and asset management fee but rarely does a preferred return.

How To Find Real Estate Deals to Syndicate?

These are large deals and you don’t typically see them on the MLS, so how exactly do you find deals for a syndication?

Andrew Campbell appears to have a more holistic view for finding deals.

It’s a full-time job, and it all comes back to relationships. Meeting and networking with brokers, talking to owners, title agents, insurance providers, property managers. Leads can come from anywhere, and in this market, you want to make sure you can see as many properties as possible, and the earlier and more off-market/limited market they are the better.

We generally work through brokers to finds deals.

What About LoopNet for Commercial Real Estate Syndication?

I’ve known about LoopNet for a while, so I was curious about it. Kenney put it simply though:

Loopnet is where deals go to die.

Loopnet is far from dead. We do a ton of volume on it and use it almost exclusively for smaller listings.

How Do You Find Commercial Brokers and Get Them to Take You Seriously?

Commercial brokers are dealing with a lot of big players in the market, and it can be difficult to get them to take you seriously if you are a new player. Mark pointed out that “a market generally only has a few major names. The top 2 or 3 people have access to virtually all the deals, so you just need to identify them.”

He continued, “it’s not hard to get yourself onto their email list, but it can be more difficult to get people to take your offers seriously. It’s important to have some experience in the field and if you don’t, then partner up with someone who does have the experience.”

In the end, money talks and the highest offer usually wins. So, you can make up for experience with higher offers.

The Cost to Syndicate a Real Estate Deal

Now that we’ve got past the “what is a syndication in real estate” and the “how to syndicate in real estate” part of the article, we can get into the costs and money aspect.

The first logical question is about the cost of a syndication.

The syndicator has to front all the money and if the deal doesn’t close most of that money can be lost. So, you can see one reason why syndicators are compensated pretty well.

How do Big Do Syndication Deals need to Be?

We are talking some pretty big numbers here overall. Realistically though, how big or small does the syndication deal need to be in order for it to make sense?

Universally, all of the deal sponsors wanted to do larger rather than smaller deals. Both Mark and Kenny said they want deals over 80 units which allows for full-time on-site property management. Andrew prefers to look at it as a dollar figure and prefers to do deals over $8 million to keep the fixed costs as a small percent of the total costs.

How do You Find Investors?

Ok, most people reading this are probably wondering how you can find people to invest so much money. Most people can save up $50-100k, but you are talking about raising hundreds of thousands, or even millions of dollars for a deal. How?

Andrew says it’s a “second full-time job” which comes back to relationships and marketing. He does at least 5 sit-down meetings a week to grow those relationships.

Kenny is so well established that most of his new investors come from referrals though he also does a meetup, podcasts, and general outreach.

You might be wondering how much a syndicator can actually earn from one of these deals. So, I put together this example based on the knowledge I gained.

A 6.5 cap rate means the property has a net operating income of about $273,000 per year before finance costs.

Of course some of that goes toward principal, and eventually, the deal will be sold and that will get distributed back to the investors. For now, though, let’s just focus on cash flow and not the entire return.

What The General and Limited Partners Earn in a Syndication

I’m going to keep the numbers super simple so I can do it all in my head. Let’s take the 1% asset management fee out of the gross rents. We don’t have a number for gross rent (only NOI). Let’s say it’s $8,000. If you were the asset manager, great you get to pocket that. If not, someone else does.

And let’s say he also put in about $100,000 into the deal, they would have a total equity of 21.4% and would get about $16,050 in cash flow. That’s about a 16% cash on cash return for the principal (excluding the asset management fee). Don’t forget, they earn the same returns as other LPs on the cash they invest, and then get their split just for doing the deal.

Realistically, this example doesn’t include any growth in value and is a very simple example.

Now You Know The Basics

…and it’s time to download your deal calculator to help you start analyzing your next deal. 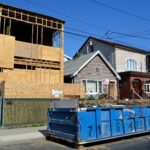 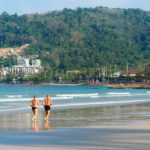